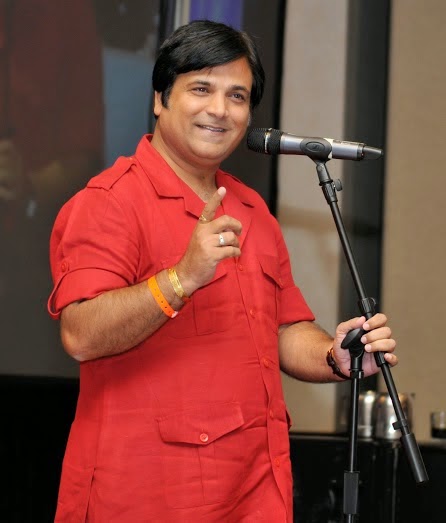 Sanjay Jhala is the name of intellect satires as well as humor too. He delivers punches in his unique style. He generate laughter through his by birth ability of “Anukriti”. Sanjay watches things with a critic eye, he think them with a poetic brain and express his thoughts with a smiling attitude. He is a ring master of languages. He is expert of Sanskrit, English and Hindi language.

Some Enjoyable Performances by Sanjay Jhala