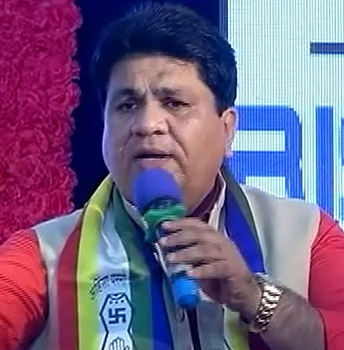 Dinesh Raghuvanshi is a famous Hindi Poet and Stage Organizer. He is considered to be among the best eight poets in India. He is better than the best of Laughter Champions of India. His father died when he was young so he was brought up by his mother. He feels grateful to his mother for whatever he has achieved in life. As a mark of respect to his mother he has written nearly 800 poems on the topic of 'Mother' in Hindi. It is a literary marvel and deserves to be enlisted in the Guinness Book of Records. When he recites these poems, the whole audience is reduced to tears. It is a sight to see the audience wiping tears with their handkerchiefs.

Some Enjoyable Performances by Dinesh Raghuvanshi